A 51st clash for Rafael Nadal and Novak Djokovic headlines the semi-final line-up at the Internazionali BNL d’Italia on Saturday.

Djokovic leads the rivalry by 26 wins to 24 but Nadal prevailed in their most recent encounter in the semi-finals at 2017 Madrid. That victory ended a run of seven straight losses for the Spaniard dating back to 2014 Roland Garros. 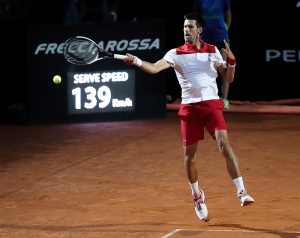 The pair also have a long history at the Foro Italico having played each other six times with the head-to-head tied at 3-3.

While Nadal has been the in-form player of late, Djokovic has been gaining momentum this week and looked impressive in his three-set triumph over Kei Nishikori in the quarterfinals on Friday.

Obviously, I don’t want to stop here. Tomorrow is going to be the ultimate challenge on clay. You know, beating Rafa is a really difficult thing to do on this surface. But, I’ve done it before.” 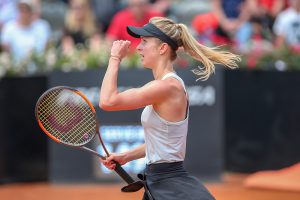 Marin Cilic is also in semi-final action on Saturday, taking on the No. 2 seed and defending champion Alexander Zverev.

Cilic trails their head-to-head having only won one of their five previous match-ups but has run the German close in their past three encounters, most recently at the ATP Finals in London last November.

The No. 4 seed is bidding to reach his first clay court Masters 1000 final while Zverev is looking to extend his 12-match winning streak which takes in the titles at Munich and Madrid.

On the women’s side, No. 4 seed Elina Svitolina will need to defeat Anett Kontaveit if she is to remain on course to defend her title, while top seed Simona Halep faces an enticing encounter against Maria Sharapova.

The Russian won their first seven encounters, including a stunning three-set triumph in the first round at last year’s US Open, but Halep prevailed the last time they met at 2017 Beijing.